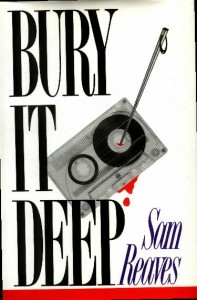 After agreeing to accompany his newspaper reporter friend Melvin Moreland on an evening drive, Cooper is drawn into a circle of corruption as wide and deep as Lake Michigan.

Moreland’s beat covers nothing more risky than the occasional city hall press conference, yet when an old source comes out of the woodwork and promises to deliver a tale of some very dirty deeds, Moreland sees the makings of his first big scoop. But when he receives an anonymous phone call suggesting he consider leaving well enough alone, Moreland knows he needs Cooper, if only to provide moral support.

But Cooper discovers more than either he or Moreland bargained for in an abandoned Streets and San garage.

Drawn into battle against the Chicago political machine, Cooper and Moreland together uncover behind-the-scenes double-dealing involving the next candidate for mayor, the local Teamsters, and a mysteriously incriminating tape that no one wants found.